Introducing the photographers, guides & marine biologists who make up our Swimming with Gentle Giants team.

Scott is the founder of Swimming with Gentle Giants, with over 17 years of experience photographing Humpback whales in Tonga. Based in Sydney, he has travelled the world extensively and photographed some of the most remote destinations, including The Arctic, Antarctica, Galapagos, Azores, Africa and the South Pacific. As a wildlife photographer he has spent hundreds of days in pursuit of different wildlife and has been privileged to be up close and personal with many creatures.

Scott has spent the last decade working with Humpback whales, photographing and filming their behaviour above and below the waves. He has received a number of internationally acclaimed awards with works appearing in a number of magazines and publications including BBC’s ‘Life’ series book and various documentaries on Australian and New Zealand television.

Scott has a passion for the ocean and an affinity with whales and cetaceans. His connection with whales is not just about taking photos and leading tours, but also working to protect them. Scott founded and runs the Tongan Fluke Database, collecting valuable data on the population and demographics of Tonga’s humpback population. He also exhibited a collection of humpback photos to raise money to help in the fight to stop whaling in the Southern Ocean. By documenting and sharing these images he hopes to contribute to the awareness and conservation of the fragile creatures that inhabit this planet. 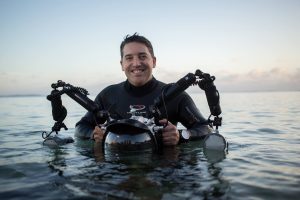 Alice Forrest is an award-winning conservationist based in the hills of Byron Bay on Australia’s east coast. Alice’s passion for the natural world and the creatures who inhabit it has led to a range of incredible adventures, from studying blue whales in the Indian Ocean to seabirds and plastic on remote Henderson Island.

She is happiest when interacting with wildlife, and passionate about protecting what she loves. Alongside degrees in Conservation and Marine Biology, Alice is a PADI Divemaster and has worked extensively in the marine tourism industry sharing her love of the ocean with others. Alice has spent much of the last few years in Tonga, enjoying time with the humpback whales alongside working on projects which include researching the impacts of plastic on our oceans, and helping communities to implement local solutions.

Through her lifestyle, writing and public outreach she hopes to inspire a greater appreciation for the planet and its last wild places. She is currently working on Scott’s social media as well as writing for various print and online publications, communicating the science and the solutions to help protect our ocean. 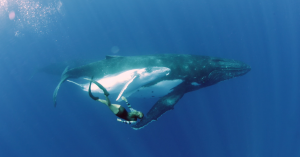 Andre Joanisse is based just south of Newcastle and his passion for nature and photography takes his travels to far off destinations to capture landscapes and wildlife in evocative photos.

Andre is passionate about the beauty and bounty of life we experience in nature and believes that it’s a special moment when he gets an opportunity to make a connection with a wild animal and glimpse into its heart as it graciously accepts him as part of their environment. The more time Andre spends in remote places with stillness and solitude, capturing the many hues and the play of light on the landscape, the more awe-inspiring the experience has become.

Andre’s work brings the viewer into the moments he experiences and captures not just a record of the scene but also reflects the mood and the ambience of the setting. His goal is to enhance the experience for the people he is with, so that it becomes the most rewarding journey for them into nature’s beauty and its amazing wildlife.

Leave Only Footprints, take only photos 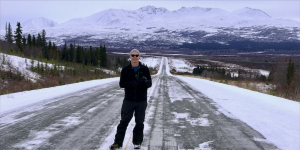