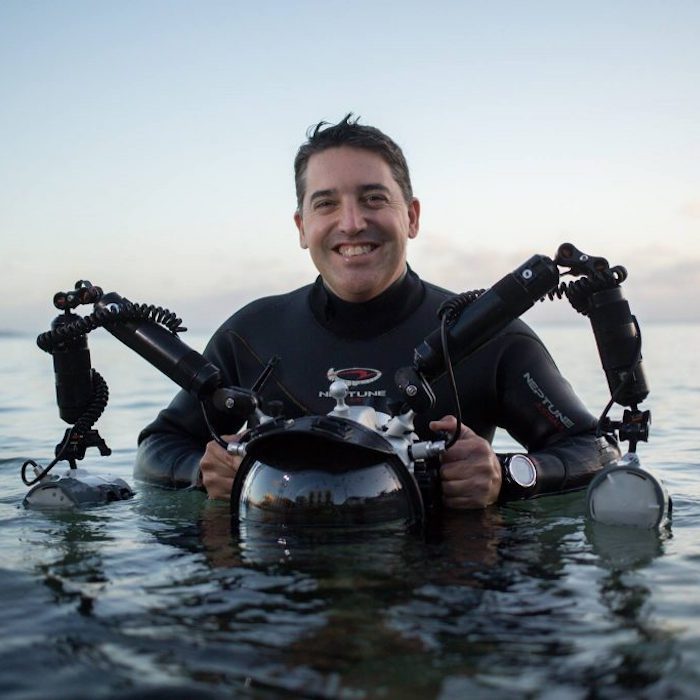 Scott is the founder of Swimming with Gentle Giants, with over 15 years of experience photographing humpback whales in Tonga. Based in Sydney, he has travelled the world extensively photographing in some of the most remote destinations, including The Arctic, Antarctica, Galapagos, Azores, Africa and the South Pacific. As a wildlife photographer he has spent hundreds of days in pursuit of different wildlife and has been privileged to be up close and personal with many creatures.

He has spent the last decade working with Humpback whales photographing and filming their behaviour above and below the waves and has received a number of internationally acclaimed awards with works appearing in a multitude of magazines and publications including BBC’s ‘Life’ series book and various documentaries on Australian and New Zealand Television. Scott has a passion for the ocean and an affinity with whales and cetaceans.

His connection with whales is not just taking photos and tours, but also working to protect them. Scott founded and runs the Tongan Fluke Database, collecting valuable data on the population and demographics of Tonga’s humpback population. He also exhibited a collection of humpback photos to raise money to help in the fight to stop whaling in the southern ocean. By documenting and sharing these images he hopes to contribute to the awareness and conservation of the fragile creatures that inhabit this planet.

Swimming with Gentle Giants appearing at the 2020 Ocean Film Festival